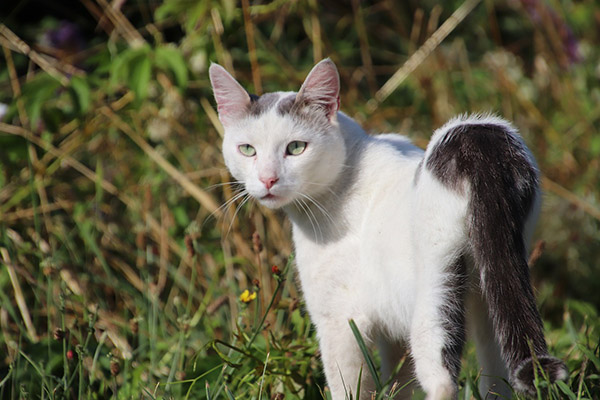 The thyroid glands are located in the neck and play a vital role in regulating the body’s metabolic rate. Hyperthyroidism is a disorder characterized by the overproduction of thyroid hormone and a subsequent increase in the metabolic rate. This is a fairly common disease of older cats. Although the thyroid gland enlarges, it is usually a non-malignant change (benign). Less than 2% of hyperthyroid cases involve malignant thyroid gland tumors.

Many organs are affected by this disease, including the heart. The heart is stimulated to work harder. Heart disease can develop. In most cases, changes to the heart can be reversed with treatment. About 25% of cats with hyperthyroidism have high blood pressure. Blood pressure should be checked with any older cat.

What cats are more likely to become hyperthyroid?

Hyperthyroidism is a geriatric cat disease. Environmental and dietary risk factors have been investigated and may play a role in predisposing some cats to hyperthyroidism, though the specific mechanisms are not known. No individual breed is known to be especially at increased risk, although the Siamese appears to have a somewhat increased incidence of hyperthyroidism than other breeds.

What are the clinical signs?

The typical cat with hyperthyroidism is middle aged or older; on average; affected cats are about 12 years of age. The most consistent finding with this disorder is weight loss secondary to the increased rate of metabolism. This is one of the few causes of weight loss where the appetite remains strong. In fact, some of these cats have a ravenous appetite and will literally eat anything in sight! Despite the increased intake of food, most cats continue to lose weight. The weight loss may be so gradual that some owners will not realize it has occurred, or the weight loss may be quite rapid. Affected cats often drink a lot of water and frequently urinate. There may be periodic vomiting or diarrhea, and the hair coat may be unkempt. In some cats, anorexia develops as the disease progresses. Some cats are also hyperactive and display signs of restlessness such as pacing, excessive vocalizing and are generally very busy and have trouble settling down.

Two secondary complications of this disease can be significant. These include hypertension (high blood pressure) and a heart disease called thyrotoxic cardiomyopathy. Hypertension develops as a consequence of the increased pumping pressure of the heart. In some cats, blood pressure can become so high that retinal hemorrhage or detachment will occur and result in blindness. Heart problems develop because the heart must enlarge and thicken to meet the increased metabolic demands. Both of these problems may be reversible with appropriate treatment of the disease.

Hyperthyroid cats, just like people with this or any other disease/illness, may act in ways we would refer to as cranky, easily agitated, or aggressive towards people, especially children, and/or other animals. Pain or discomfort from any source/cause often triggers cats to act out of their ordinary routine. They may hide; be less social; have different eating habits as described above; and/or have different elimination habits, which often means not using their litterbox to urinate and/or defecate. Sick or painful cats are not being spiteful or acting out of anger, just out of distress. It is their natural instinct to behave this way. In the wild, a sick cat is a weak cat and a weak cat is a potential victim. Changing their normal routine and/or demeanor may ward off a potential predator. What seems abnormal to the untrained human eye is actually normal to the feline survival instinct.

Some of the risk factors for hyperthyroidism have been defined above. A specific cause has not been identified. The possible role of dietary iodine continues to be investigated as a dietary influence on the development of hyperthyroidism. Ultimately, we do not know the cause in full at this point in time.

How is it diagnosed?

In most instances, diagnosis of this disease is relatively straightforward. The first step is to determine the blood level of one of the thyroid hormones, called thyroxine (or T4). Usually, the T4 level is so high that there is no question as to the diagnosis. Occasionally, a cat suspected of having hyperthyroidism will have T4 levels within the upper range of normal cats. When this occurs, repeat testing or additional thyroid testing is performed.

What are my options for treatment?

Because less than 2% of these cats have cancerous growths of the thyroid gland, treatment is usually very successful. There are three choices for treatment; any one of them could be the best choice in certain situations. Many factors must come into consideration when choosing the best therapy for an individual cat.

Several tests are performed before choosing any form of treatment. These tests are needed to evaluate the overall health of the cat and predict the chances for treatment complications. Such tests include blood chemistry profile, complete blood count (CBC), urinalysis, blood pressure, and sometimes cardiac ultrasound will be recommended.

The three treatment options for hyperthyroidism are:

Oral medication is by far the most common treatment, followed by Radioactive Iodine. Surgery is rarely chosen now that we have these other safer and easier options. Recurrence of the disease is a possibility in some cats. It is uncommon after radioactive iodine therapy. When surgery is done, recurrence is possible if abnormal thyroid cells are left in the cat. The remaining cells will likely grow causing the disease to recur. However, this occurs less than 5% of the time and usually 2-4 years after surgery. Another possibility for disease recurrence is that one lobe of the thyroid gland was normal at the time of surgery, so it was not removed. Then, months or years later, it becomes abnormal.

Is the prognosis good?

Hyperthyroidism is my favorite geriatric cat disease. Unless they get heart problems, it is never fatal. Many owners of cats with hyperthyroidism are hesitant to have radiation therapy or surgery because of their cat’s advanced age. But remember, age is not a disease. The outcomes following both medication and radiation therapy are usually excellent, with most cats having a very good chance of returning to a normal state of health. Of all the common disorders that we see in older cats, this is the good one to get. Cats can live many, many years with this disease, which is easily managed with one of the above treatment options.

Can it be prevented?

There are no preventive measures to adopt, but middle-aged and geriatric cats should all receive a complete physical examination by a veterinarian every 6-12 months. Special attention should be given to thyroid enlargement and the typical clinical signs of hyperthyroidism. Geriatric cats need bloodwork that includes a T4 that can screen for this and other diseases. 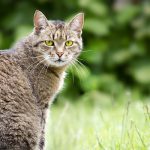 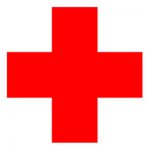