A Couple of the Reasons I Have Peed on Your Stuff 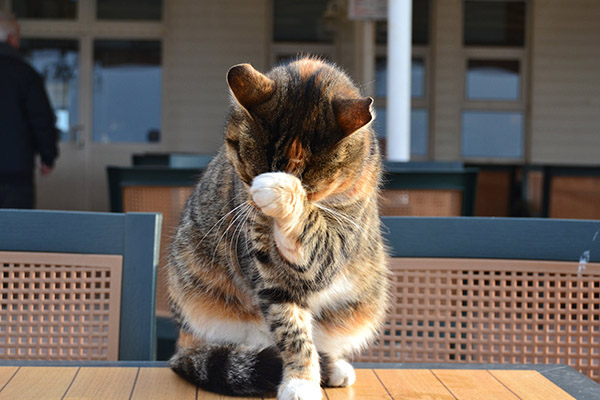 I was asked by a dear human friend of mine to address this topic from a cat’s point of view. He pointed out to me how many humans poorly understand the basic elimination needs of their pet cats. Since he feeds me great food, I will oblige his request this one time.

I will first tell you what should happen in the box if your kitty is content and happy. You need to actually watch your kitty go into the box for this discussion. Can they get in the box easily and turn around both ways to find a good spot? Do they actually engage the litter, digging to prepare a hole for elimination? Then, they should eliminate in the hole dug and most importantly cover the elimination up by again engaging the litter to cover the mess.

If they will not engage the litter in burying behavior, you have made a poor choice of litter. And if you find a litter with which they will consistently bury their elimination, you may have solved your soiling problem. The most commonly successful type of litter is very fine sand, clumping over not clumping and most importantly unscented. Scented, odor control and multiple cat formulas are all very bad human ideas. And it can give us a very valid reason to not bury our poop and urine. And burying our elimination is an innate behavior, not learned.

If kitty has not buried for long enough without a human response, they are left no choice but to poop very near the box but not inside the box! So there is one of reasons I have peed on your stuff. If the litter box and/or litter chosen is not allowing a normal process in the box, look out!
And by directly observing me in the box, you can gain that very valuable insight on my opinion of your litter and litter box choices.

How many people have honestly taken the time to even try to observe the process when kitty is in the box? You know your kitty comes to visit you when you are toileting, right? But not all kitties will allow easy observation during this vulnerable time. Many curious humans have even had to set up a filming situation with the litter box. All curious humans should immediately check out a great website, litterboxguru.com. It is very informative, even more comprehensive and written in a way that people think about litter boxes.

Also don’t put the litter box by a loud dryer with a buzzer, or limit us to too few boxes for the space or the cat density that we live in. In short, think about what works for kitty unless you want us making executive decisions on where to eliminate.

If you have set unrealistic expectations with the box, or boxes, that is another reason your stuff might get peed on. In closing, you can simplify a very complex argument by thinking like a cat.

It is also much more common in multiple cat homes. We kitties are often exhibiting litterbox seeking behavior. And in many of these cases, the elimination is only inappropriate from the human’s point of view. If you have too few boxes, or do not have at least one on every level of the home, then things like beds, couches, laundry baskets, and even clothes on the floor (especially in piles) can all serve as excellent litterbox substitutions! And if these inappropriate elimination choices are bumming you out, then listen to what kitty is telling you.

Once a general area has been chosen for elimination, compromising by placing a litterbox is often the only solution. Kitties live in the here and now and do not make elaborate plans about elimination behavior. And we are a primal bunch making mostly predictable decisions. Not enough litter boxes for the size home and number of cats, is possibly the biggest reason that I have peed on your stuff!

I hope that helps everyone think a little more inside the box! 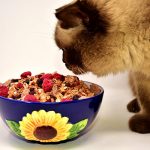